A downloadable game for Windows, macOS, and Linux

Gaming went from a past-time to a pay-per-view event in the time of only a few years. Skip ahead about twenty years and stadiums were created where people would play out arcade games in the real world.

Traditional gaming however never went away. People still got together to play card and board games. These became somewhat of a mini-game to everyday life. If you had a dispute, you'd settle it over a game of cards.

Then a company emerged. GSM Technologies.

They were late into the industry of augmented entertainment. But the sport they created would captivate the world.

Now it's time for you to discover Card Battle.

Everyday combatants step into the arena to partake in gladiator-style combat utilizing the advanced technology of reality bending decks of cards.

When in the arena it's common to see duelists summoning swords, shields, granting themselves extraordinary abilities, and even summoning monsters as if in a world of fantasy!

Card Battle takes traditional card gaming to the next level where both deck management and real world physical ability meets!

Card Battle is being developed by a solo-developer trying to make it as a full-time developer. And in all honesty, Card Battle will be a costly project that will require a decent amount of quality art.

Therefore, all donations to the game will be put into an art fund solely for this project. Once enough has been raised, I will attempt to find an artist willing to work on enough artwork to have a polished demo.

With that demo we would then bring Card Battle to Kickstarter to afford the remaining art assets.

I don't know if that day will ever come, that'll be up to you all. I hope you find the game worth giving a few dollars towards.

If you would like to follow along with the development of the prototype you may view the Trello page or even join my development Discord!

AI Named After You

Support this game at or above a special price point to receive something exclusive.

Have Your Name in The Game - AI

Donate for this reward and your name will appear in the random name generator that the AI uses in Card Battle. You'll appear as non-unique combatants in training matches and tournaments! 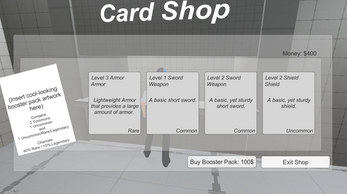 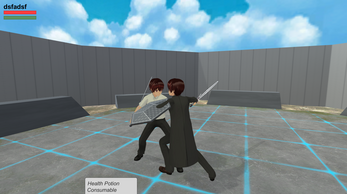 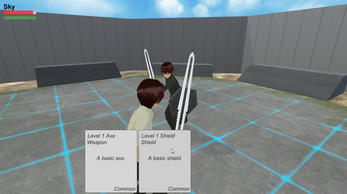 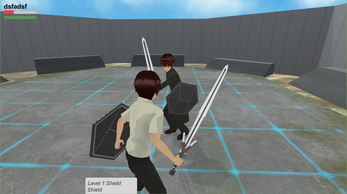